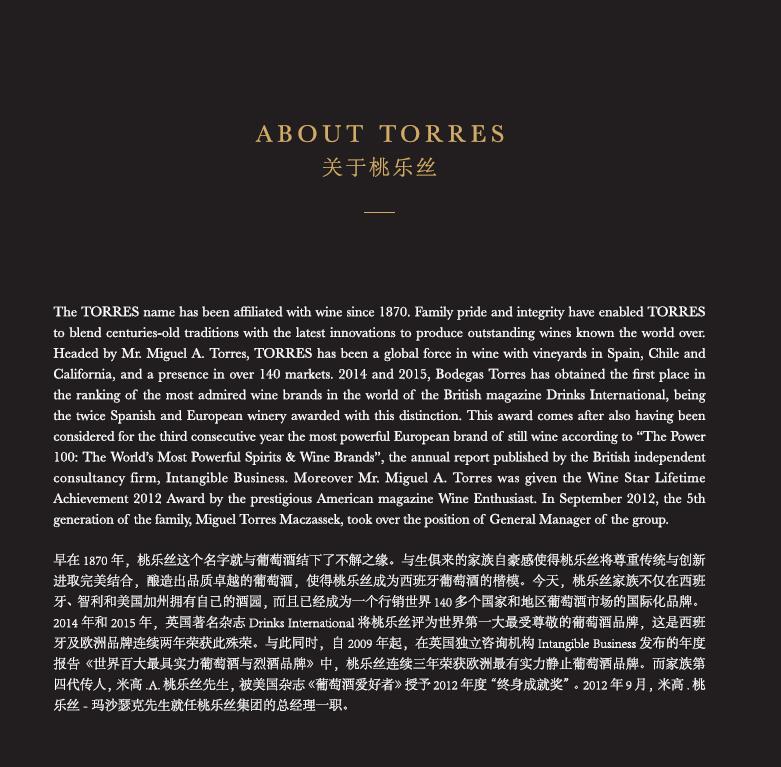 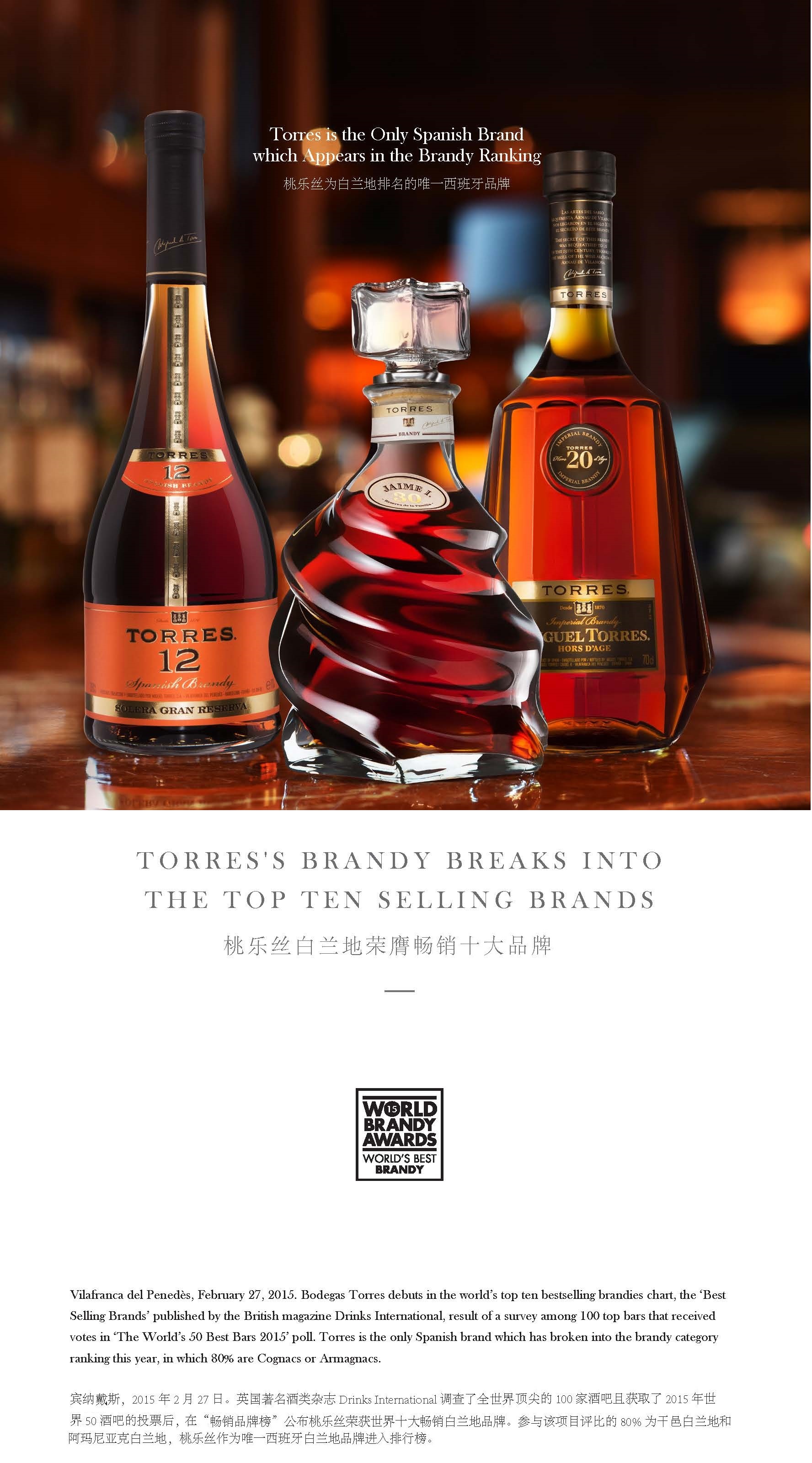 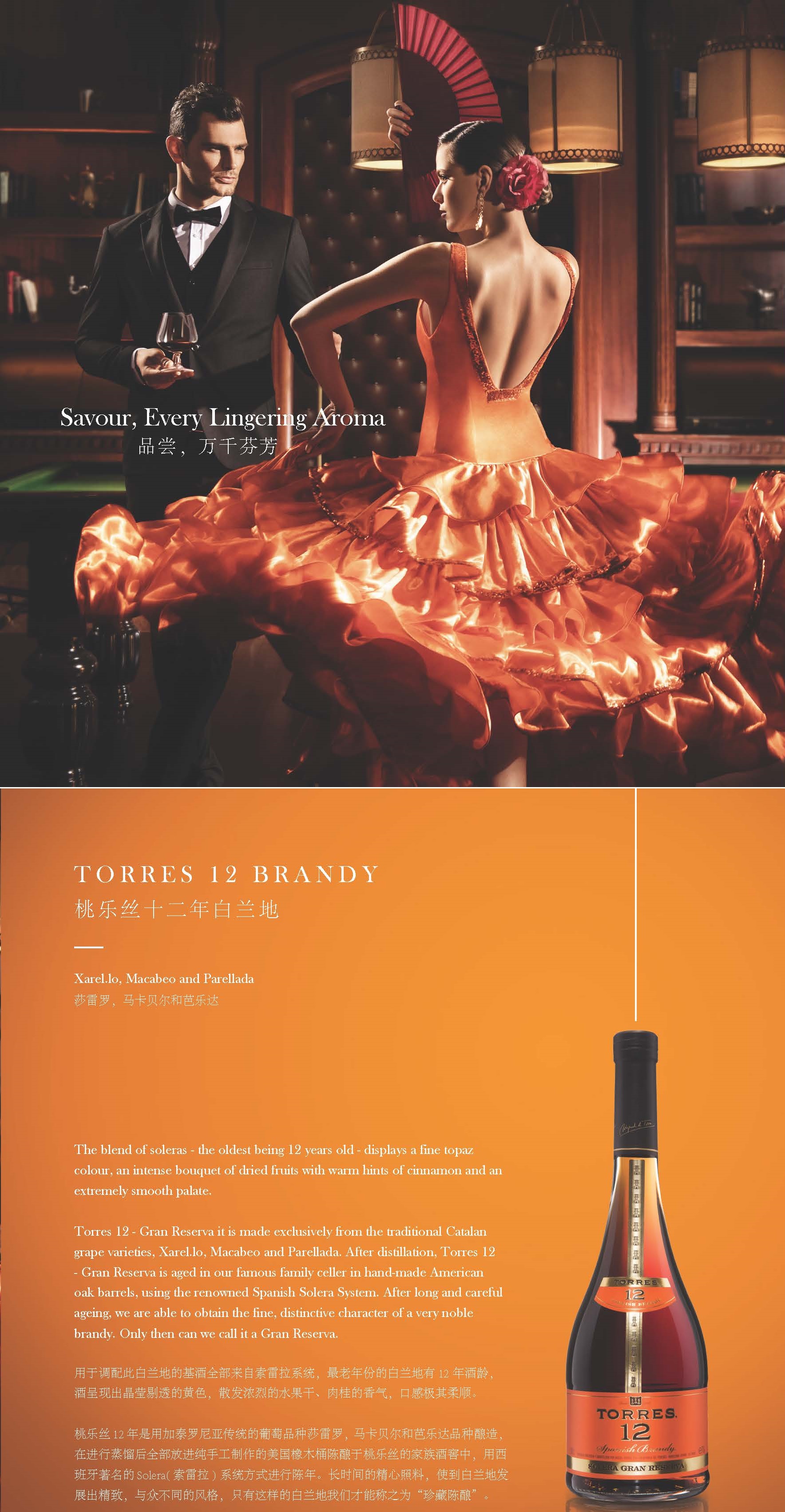 The blend of soleras - the oldest being 12 years old - displays a fine topaz colour, an intense bouquet of dried fruits with warm hints of cinnamon and an extremely smooth palate.
Torres 12 - Gran Reserva it is made exclusively from the traditional Catalan grape varieties, Xarel.lo, Macabeo and Parellada. After distillation, Torres 12 - Gran Reserva is aged in our famous family celler in hand-made American oak barrels, using the renowned Spanish Solera System. After long and careful ageing, we are able to obtain the fine, distinctive character of a very noble brandy. Only then can we call it a Gran Reserva.